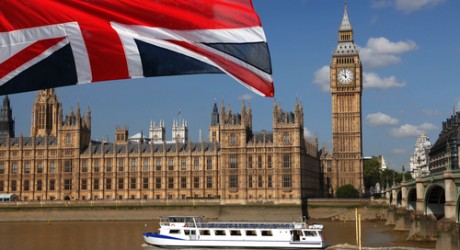 Whether you want a suite worthy of a honeymoon in Bath, a Manchester football stopover or to hole up in a trendy London club there are plenty of options.

This promises to be a vintage year for new hotels.

Whether you want a suite worthy of a honeymoon in Bath or to hole up in a trendy London club without a tortuous membership process there are plenty of options.

You may fancy a historic coaching hostelry in the idyllic West Wales countryside. Wherever you go there are some stylish options.

It promises to be worth the wait â€“ this new hotel, fashioned from one of Bathâ€™s Grade II listed glorious terraces, will be the only hotel in Britain that will have its own hot thermal spring flowing through the spa.

Itâ€™s a short walk from the cityâ€™s Roman Baths and main shopping centre.

There are 99 rooms and all are custom furnished (one with its own thermal water supply).

And if money is no object then you might want to consider Bellotts, a separate house that sleeps 14 and has its own underground passage to the spa.

Overlooking Old Trafford, this hotel, owned by United favourites Ryan Giggs and Gary Neville, is set to open in March.

Thereâ€™s a five-a-side football pitch on the roof, and the sort of luxury beds that should result in a good nightâ€™s sleep, whatever the score.

A slice of London cool, the Hospital Club – in the middle of Covent Garden – is a members-only club that caters for actors, writers and musicians but you donâ€™t have to be a member to stay in one of the 15 rooms that are opening this month

A former blacksmithâ€™s and coaching stop in Llanddowror in West Wales is now a six-bedroom B&B.

Perfectly placed to explore the countryside – if youâ€™ve got a horse, it can stay in the adjacent stables for Â£15 a night! (Itâ€™s good walking country too).

Any cookies that may not be particularly necessary for the website to function and is used specifically to collect user personal data via analytics, ads, other embedded contents are termed as non-necessary cookies. It is mandatory to procure user consent prior to running these cookies on your website.