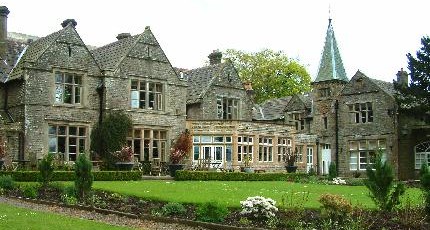 The hotel where TV presenter Jeremy Clarkson punched a producer after a day shooting an episode ofÂ Top GearÂ has gone on sale.

Simonstone Hall Hotel at Hawes in the Yorkshire Dales National Park is being marketed for sale by Colliers International off an asking price of Â£995,000.

Set in around two acres of attractive grounds, Simonstone Hall has 18 en suite letting bedrooms, bar, restaurant and function facilities alongside a whole variety of staff and management accommodation.

Hotels agency director, Peter Bean, said: â€œOwner Michael Cannon bought the hotel in 1996 when he acquired shooting interests in the area and now that he is moving his sole focus to the Wemmergill Estate in County Durham it is naturally time to hand over the reins at beautiful Simonstone Hall to new owners.â€

The incident, mysteriously described at the time as a â€˜fracasâ€™, resulted in Clarkson being sacked from the show. He and his cohorts James May and Richard Hammond have since landed a deal for a similar motoring show with Amazon Prime, the media wing of the online retailer.

This website uses cookies to improve your experience while you navigate through the website. Out of these cookies, the cookies that are categorized as necessary are stored on your browser as they are essential for the working of basic functionalities of the website. We also use third-party cookies that help us analyze and understand how you use this website. These cookies will be stored in your browser only with your consent. You also have the option to opt-out of these cookies. But opting out of some of these cookies may have an effect on your browsing experience.
Necessary Always Enabled
Necessary cookies are absolutely essential for the website to function properly. This category only includes cookies that ensures basic functionalities and security features of the website. These cookies do not store any personal information.
Non-necessary
Any cookies that may not be particularly necessary for the website to function and is used specifically to collect user personal data via analytics, ads, other embedded contents are termed as non-necessary cookies. It is mandatory to procure user consent prior to running these cookies on your website.
SAVE & ACCEPT